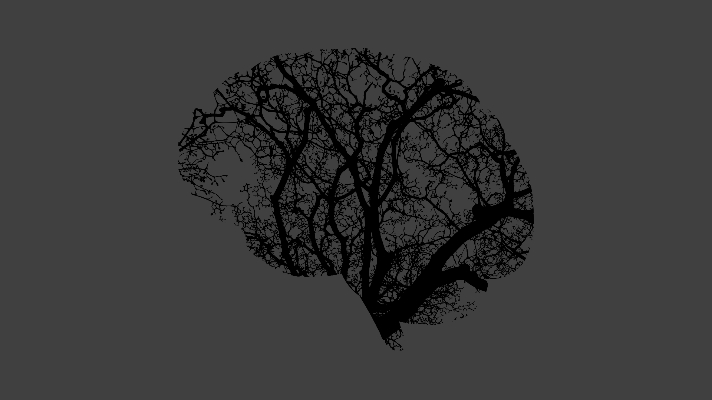 Hi guys, so todays post is going to be a bit more personal and will be about my mental health progress.

After I handed in my thesis, I felt a huge weight lift off me and some part of me expected that my anxiety would also just leave me- but this of course, wasn’t the case. Handing in the thesis didn’t magically resolve all my problems- and really, I should’t have even expected it to.

Last week we had the annual science meeting at the John Innes Centre, which is a meeting in which scientists from the different institutes of the Norwich Research park get to hear about ongoing research outside of their own department and institute. This meeting was held over 3 days and was jam packed with talks from PIs, PostDocs and research assistants, and was a really interesting meeting.

There was one problem though- the networking! I have been away from the John Innes Centre for the best part of two years, meaning that a lot of the people I did know are now no longer around! Additionally, most of the people in my cohort have moved on to new places after the thesis hand-in. Long story short, I now know a lot less people! I should have used this event as a opportunity to network, and socialise with others, however I found myself withdrawing and skulking around in the background reading posters and trying to look busy.  The idea of networking, and socialising with people I knew just filled me with dread, and my anxiety won out. I retreated!

This doesn’t sound like a major issue- a lot of people find networking difficult, and are nervous about introducing themselves to others, and other groups. However, my mind has been replaying and telling me off about this for the last few days, and I feel a bit disappointed- that even after this long, I still find it so hard to do these things- whcih most people do naturally. It’s annoying, and I kick myself for this inability to do simple things- like network effectively, go on a date, travel somewhere new. I am annoyed that at this stage in my life if someone offered me my dream job on the other side of the world I would most likely turn it down as the prospect of ‘unknown’ fills me with so much dread and aniety- I don’t think I could actually do it.

I am working really hard to continue my progress, but I do often look at where I am and think… there is still a long way to go- there is still alot I struggle with. And I do wonder if will be able to achieve these goals.

I am sat here writing this as a way to put everything in perspective, and show myself how far I have come in the recent years. This is partly to show you guys how anxiety can affect different areas of life. Its partly to help others with anxiety – to show what progress can look like. And its partly for myself, to realise how far I have come.

As a very brief background, I have suffered with anxiety for a long long time, and a lot of my anxiety based behaviours are pretty well ingrained in me by this stage, which makes it a bit harder to re-program myself. I now know looking back, as early as my late teens anxiety was already having a massive effect on my life- to the extent that I nearly didn’t get to university! I was only ‘formally’ diagnosed 3 years ago, and since then I have been on anti-depressants, I have propanolol to take to help ease symptoms of anxiety (e.g heart palpitations, feeling dizzy..), and I have done multiple courses of CBT- a practice which I am still doing myself. Although some aspects of my life are still hampered by anxiety, I think I have improved a lot!

Below is a list of some of the things that I couldn’t do/ found extremely hard/ effects I was suffering from before starting treatment. These are all the things I have accomplished over the last few years. For some of you these things may be stupidly easy to do, things you do naturally every day. But, I am proud of every one of these things. It has taken a long time to get to where I am, and even though I have a way to go, and it may take several more years- I think I can do it. Mental health recovery is not straight forward, it is hard, and you can easily fall back into old habits. If you are at the moment going through treatments, remember everyone has low days, everyone gets annoyed at themselves, everyone thinks they aren’t making progress, but if you sit and write down the things you have achieved. You will be suprised and proud.

Going away from home– After holidays at home I would completely lose my appetite and sometimes became physically ill at the prospect of leaving my comforting home environment.

Travelling– IBS is something which often goes hand in hand with anxiety. Travelling with IBS further increased my anxiety, and I would often just not see friends/ go to events because I couldn’t cope with the idea of travelling.

Eating out at a restaurant – Again, due to IBS I became fearful of eating out at restaurants. For a few years I simply avoided eating out altogether, and as a result also reduced my socialistaion in fear of being asked to go out to eat. This is thankfully a distant memory now, and I regularly go out to eat with friends and family.

Meeting a friend after a long period of time– “do they really want to see me? what if we have nothing to say? will they want to eat out? what if I am ill”…” these questions often would whirr through my head, and in the end make me so physically ill that I would have to cancel meeting up.  This is actually something I do still struggle with, but I am making a lot of progress. I am now at the point where I won’t cancel, and can get myself to maybe eat a piece of cake when I am out….

Cook with eggs- This one may seem a silly one, but not that long ago I had a somewhat severe aversion to cooking with and handling eggs! I would wash my hands after handling eggs multiple times. If I had to crack open three eggs, I would wash my hands after cracking each egg! I would then continue getting the urge to wash my hands again multiple times for up to a few hours after handling raw eggs. If any egg got on any surfaces I would blast it oodles of anti-bacterial spray. Safe to say somewhere along the lines I had developed some bad OCD-like tendancies. I can now handle eggs ok- with just a single hand wash at the end! When I am feeling particularly anxious, my OCD tendancies come out and I find myself falling back into old habits. I still haven’t quite sorted out my raw chicken handling OCD-tendancies… but its getting there, and I have managed to prevent it cascading more prominently into other areas of my life.

I hope that this post may have been helpful for some of you, and helped show what progress can look like.