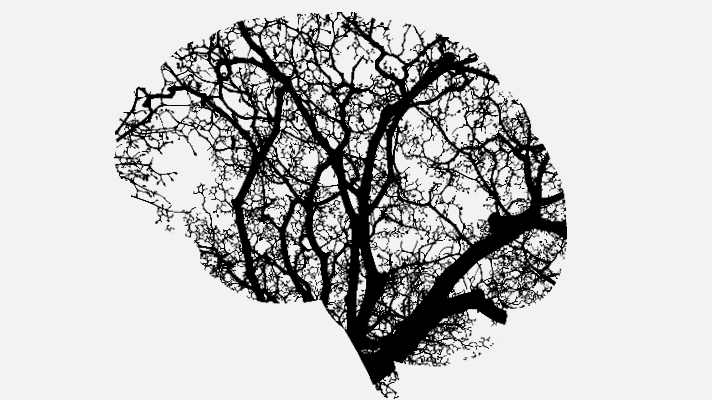 If life is a roller coaster; full of twists and turns so bright, dynamic and exciting that you never want to get off – then depression is a basement. It is deep underground, and it is dark. So dark you’re too afraid to move. You just sit stationary, wishing you could escape, but unable to see a way out.

The first time I got trapped in that room, I was an undergrad. Cocky and stupid, I thought I could find a way out by myself. There were a number of things that put me in that place, some internal, some external, most beyond my control. I stumbled about in that darkness for six months, wondering why I was still miserable, still locked away from the outside world, from happiness and fulfilment. I told myself I just needed to be stronger, that I was an intelligent man and could reason my way out of the unreasonable. I was bashing rocks together to make a spark in the dark, when what I needed was a torch. For many, friends and family, can be that guiding light, illuminating the path ahead of you with their love and support. But there’s only so much they can do to infiltrate the darkness. Finally, I realised I needed more help to fully dispel the darkness. I needed therapy.

Here’s the rub though: therapy can be tough, because the first thing you see when you light up that room is not a door out of there, but gatekeepers blocking your way. They can wear many faces; indeed, they can wear any face, and they are legion. The first gatekeeper I encountered wore the face I’d see the most down in that room. My face. I put up my shield, pointed the halberd at myself and said, “Getting help is a weakness!”. I only went to one counselling session – I didn’t want to be weak. I wanted to prove that I could beat this by myself.

Sometimes, it doesn’t feel so bad in that room. Sometimes, you feel like nothing can touch you, like you’re protected by your depression. If nothing matters, then it doesn’t matter when things go wrong. If you feel nothing, you can’t be hurt. If you do nothing, nothing can get worse. But these are just the same gatekeepers, whispering in the dark, keeping you down. For years, right up until my PhD, I listened to those whispers from twisted reflections of myself, until one day I found myself stood on a bridge, looking down, contemplating that next step. I was lucky. Being there, being that close to the edge (literally), was enough to make me realise the poison I’d whispered into my own brain. Many people aren’t so fortunate, and no one should have to get so low before they find the help they need.

So, I went back to therapy, and this time I was ready. I knew the gatekeepers would be waiting when the lights came on, and I knew not to listen to them. And my counsellor was there to remind me of the strength required to face those demons at all. That was enough to defeat that first gatekeeper, and for a while I felt like I could take them all on. But it was, it is, hard. Their voices were so loud, and I was so tired – and not just from confronting my own dark thoughts. My thoughts also embodied voices of the men I looked up to and respected, shouting “Be a man!”. There were the colleagues breezing through their studies (as far as I could tell), “This is easy!” they said, “Only an idiot couldn’t understand!”- I must be an idiot then.  My crush was telling me “No one could ever love you!” (or was that just me again?).  There were the endless faces of the media screaming “This is what you should like, this is who you should be, and if you’re not, then you’re a FREAK!”, professors saying “I was never trapped down here. This place is for failures!” and “Be objective! Scientists are above emotions!”. And then, there were all the other echoes around the room: “That’s crazy!” “You’re mental!” “Are you insane?”.

Every word of it is a lie, of course, but it’s so much easier to sit in the dark and listen to lies, than to stand and fight them. Even when all you need to do is reach out, just walk a step forward, just ignore them and then you will be there, at the door… free.  It’s so hard when those voices are so loud and you are so tired. And… what if the door is locked? What if behind that door is only danger?

Therapy is important and we should make it available to everyone who needs it. The same goes for medication. I’m thankful that when I needed it as a student (n.b. the resources aren’t so freely available for academic staff), when I wanted to leave that dark room, I had access to both. But we don’t build that room alone, we don’t enter it by choice, and we won’t leave it if leaving looks even worse. The communities we build, the society that we create, it all adds pressure – pressure which pops open the door to that room – and it adds stressors – stressors which act as gatekeepers once you’re inside. When my boss tells me I’ll “just have to put the work in” without a thought to my current workload or personal circumstances, that’s another guard at my door. When I go to a figure of authority with an issue and I’m told “that’s not my problem” instead of “how can I help”, that’s another guard at my door.  When I worry about finding work because I’m not in a position to uproot my entire life and move halfway around the world, that’s another guard at my door. When I’m blue in the face for shouting about all the prejudice and injustice in the culture of my workplace, and nothing but silence is reflected back, that’s another guard at my door.

It is not enough to give resources to help people trapped in a room we helped to build. We must create a community that promotes equity and good mental health, to stop people getting trapped in the first place, and to help those who are trapped to see the way out, to help them want to see a way out. We need to recognise the part we all play in digging out that basement, in adding to those voices, in barricading that door. We as managers, need to stop perpetuating poor workplace practices and stop valuing output over wellbeing. We as men need to stop recirculating the tired old tropes: man up, boys don’t cry, and all those poisonous lies that keep us all locked in our own dark rooms. We as scientists, need to stop competing and start collaborating to change the landscape of our culture to one based on emotional intelligence, rather than the falsehood of emotional resilience. We as a community, need to face and admit our prejudices and the harm that they have done and continue to do, and work hard to remove them.

There’s another important thing I’d like you all to remember about that room, about those demons, about that door. It takes a LOT of energy to light it up, more still to silence the gatekeepers, and even more to drag that door open – usually as much energy as a person has, even with all the help in the world. Expecting someone to do it quickly or to be able to keep being productive while they literally fight for their life is unrealistic, to expect them to do it alone is cruel. We need to be, our culture needs to be, bright enough to light the way out of the dark. If someone comes to you and tells you, in their own way, that they are trapped in that room, that is your cue to give whatever energy you can spare to the fight, even if all you can do is take away other energy drains. Take up the slack, don’t expect as much, and promise them that they won’t lose anything in the fight, that their job, their life, your friendship will still be there waiting when they get out of that room.

This story is not for those of us who are suffering, to tell you how to make yourselves better, how to cope in the face of such dire adversity. Because, to be frank, that’s bullshit. It can’t all be on us to make ourselves better – it’s just not possible to do it alone. This story is for all those watching us suffer. This story is a literal cry for help to everyone who has the power to do so, to make a change today that makes the world a little bit brighter and hopefully lights the path home for just one more person. That would be a great victory indeed.

For my own part, I have lit up my room, I have fought back my gatekeepers, I have unlocked and opened my door. But I have come to realise of late that I am still sat in my room, looking out through that open door at a rollercoaster I don’t want to ride. And every day that door is being closed another inch by the pressures of academic life, by the standards of “manhood” I’m supposed to conform to, by the constant injustice I see in my community, and I’m losing the energy to hold it open. Every day the whispers in the shadows around me grow a little bit louder. Because we have created a culture in science that is built upon pressure and stress, on competition not collaboration, on prejudice instead of love and respect. Because I’m too scared to divert energy away from my career, I don’t have enough energy for the fight. Until we change that system, until that rollercoaster looks much less dangerously broken, until we give people the space and time they need to heal as we would with any physical injury, I don’t think I’ll ever be able to step out of it, and it’s all I and my support network (one full of lovely, caring people that I am lucky to have) can do to keep holding the door open. I hope one day I can step out, before it closes for good. I have to hope that, at least.