E: First of all, could you give a brief introduction to yourself, and what you currently do?

I am a postdoctoral researcher working at a university in Germany. I am originally British but recently obtained German nationality due to uncertainty over Brexit. I completed my undergraduate and postgraduate education in the UK and have been living in Germany for several years. I work in the field of molecular biology.

E: In your area of academia, how would you describe people’s attitudes towards mental health- in general, and for men?

Although the subject has received more awareness in recent years, a lot of stigma about mental health still persists and it seems to be a topic that people would rather avoid talking about. I think British and German attitudes are similar on the subject as generally any topic that is overly personal or emotional should be left alone. Better to talk about work, football, or the weather.

While mental health issues can affect both men and women indiscriminately, people’s perception and attitudes towards mental health seem to differ based on gender. I can only speak from my own experiences as a man that showing intense emotions or asking for help are often seen as a sign of weakness.

A lot of this conceivably stems from the general phenomenon of toxic masculinity, where for example, boys are taught from an early age to be dominant and self-reliant while repressing any genuine emotion. I for example find it almost impossible to cry as I was always taught not to.

Mental health problems are of course not limited to academics but certain practices and the general environment in academia can accentuate pre-existing problems or create new problems.

E: Could you describe some of your experiences with mental health, and (if you have) how you approached seeking help or talking to other people about it?

First of all, I suffer from anxiety in my general day-to-day life. This can manifest mildly through sleeping badly for a few days as I agonize over some (usually minor) issue, or it can occasionally become more extreme and tip towards depression. I tend to overthink things, or get lost in my own thoughts. There are times when I want to be sociable but often I just want to be alone.

I do not know the root of these issues but it’s potentially a mixture of genetics and upbringing. Although I had a decent childhood, both of my parents have mental health issues and I was regularly exposed to domestic violence.

In recent years, a lot of my anxiety has been triggered by work. Inside academia, I have regularly experienced Impostor Syndrome, where I feel I am not good enough or too stupid to be where I am. I have also experienced workplace bullying and have had to deal with toxic personalities. Although I have had plenty of positive work experiences, the nature of academia is that working life is constantly punctuated by failure; failed grant applications, failed paper submissions, failed experiments, and so on. These constant failures, on top of not having job security through short-term contracts and the expectation to work more hours than are healthy, add up into a perfect storm for mental health issues.

In terms of seeking help or talking to others, generally I am able to work through my problems from within using the coping mechanisms I have developed over the years, and I am also very lucky to have a supportive partner who I can talk to. Even though I have several close friends and family members, I do not talk to them about mental health. I have also not sought professional help for my problems.

E: What do you see as the biggest barriers towards men’s mental health (in particular) within academia?

I think that for mental health in academia to improve, the whole system needs to change, which I do not think will happen. Nevertheless, some small changes could help, such as mental health awareness training for supervisors and generally fostering a more supportive atmosphere (no tearing people apart at lab meetings and presentations!). Improving the environment for work/life balance and providing better career support for researchers could also help (e.g. options outside of academia). I don’t know if any measures specifically aimed at men’s mental health could be brought in, but certainly raising awareness of how these issues often manifest in men could help to diagnose and treat problems earlier

E: Do you have any advice to readers about ways to open conversations with friends/ family about the things that really matter?

I wish I did. I find it difficult to open these kinds of conversations but I can certainly see the benefit of being able to. Simply being around friends and family and talking about nothing in particular can already improve mental well-being.

We are currently in a very weird time, how has Covid-19 affected you and your health?

This year has been really tough and I have felt my mental health suffer worse than it has in years. Ironically, it actually makes me feel even worse about myself to feel this way as I know that many people have had it far worse than I have. I have a job, a nice place to live, a loving family, and I am physically healthy, why should I feel bad?

Perhaps the hardest thing about this year was being completely cut off from my support network. My family and nearly all of my close friends live in the UK and I haven’t been able to visit them without potentially endangering my own immediate family or other commitments.

Several of my family members have also struggled mentally this year, and I have found that I often provide support to them rather than receiving any myself. This has put an additional emotional burden on me.

I have indirectly received support from my boss, who is understanding when my work output drops. Although we do not explicitly talk about it, I think most lab members seem to be kinder to one another and, in light of it being a difficult year for many, it might be a sign that people are becoming more aware of other people’s personal issues.

E: Men have voiced online that opening up about mental health struggles could potentially affect their career prospects in future academic roles- this may be due to male stereotypes, as this doesn’t seem as much as a concern for women?  What do you think about this, and how do you think this could be changed?

This is one of the main reasons why I wanted to remain anonymous. Once something goes into the public domain, it can be associated with someone forever. If I apply for a job in the future and the employer does some digging into my online profile, it could be that they decide to steer clear of someone who openly admits to having mental health issues. It shouldn’t be like that but sadly it is.

Although it is never easy to talk about these problems, I think that women are generally more comfortable talking about emotional or personal issues than men. There also seems to be more acceptance among other people to hear these problems coming from women. I’m not saying that women have it easier somehow, but just that men’s mental health seems to be more of an unseen endemic. The rates of suicide are overwhelmingly higher among men and in my opinion, not enough is being done to address this.

I am not sure how this can be easily changed when part of the problem lies in traditional gender roles, toxic masculinity, unrealistic societal expectations, social media and some of the other issues I mentioned. Before I start getting too political, learning how to be kinder to other people is one of the easiest things that everyone can do. Also learning how to recognise signs of mental illness and how they manifest differently in different sexes/races/backgrounds could certainly help.

E: Do you have any resources that you have found particularly useful (blogs, books, podcasts ect)

I occasionally read blogs about mental health (e.g. this one), either in general, or more specifically among fellow academics. It has certainly helped me to map out some of the problems and recognise that they are more common than I realised.

If you are reading this blog because you are looking for support, then I really hope it helps you somehow. Please know that you are loved and you are not alone.

I wanted to write a blog post about my career so far. I have been asked a number of times now about how I got into science, and how I knew what I wanted to do- the answer isn’t simple, and my career path was more a meander than a straight forward route. So join me as I go through how I got to where I am today.

END_OF_DOCUMENT_TOKEN_TO_BE_REPLACED

It has been such a long time since my last post- but don’t worry, I have more things coming soon!

I wanted to talk a bit about anxiety and university in this post. It is now the time of year when people start to go to university- this may be for the first time, or for the final time. This year, of course, is going to be completely different than all others.. I went to university for the first time way back in 2009- (that weird time, when we didn’t all have laptops and had to go to the library to use a computer, when the world was full of girls with super thin eyebrows, when we took actual cameras out on nights out… what a time!)

END_OF_DOCUMENT_TOKEN_TO_BE_REPLACED

Hi everyone! I am (finally!) back with a new blog post. Now I have settled into my new role as Postdoc a bit more, I will hopefully be getting back into the blogging again.

In this post I wanted to talk a bit about what helps to make a successful science talk. This is going to be focused on talks specifically for non-scientists, which is a very different audience, and which some of you may not have had much experience of.

END_OF_DOCUMENT_TOKEN_TO_BE_REPLACED 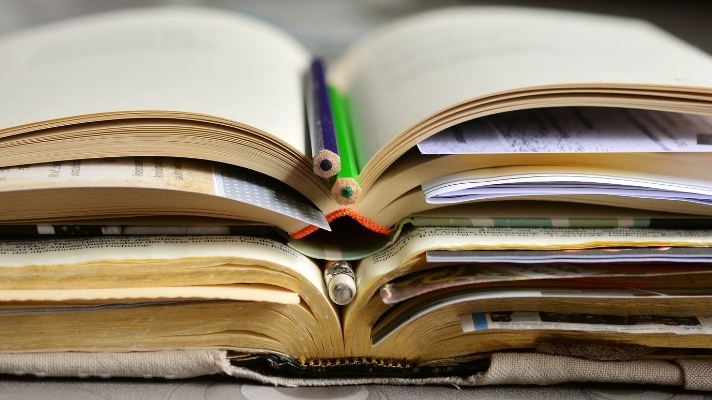 As some of you may know I have just handed in my thesis! From the very first year of the PhD you start hearing stories about the dreaded Thesis writeup, and while it is hard, it isn’t the worst thing ever.  Once you get your head in the game, it’s ok!

Sometimes its useful to get some hints and tips from people who have written up, so here are a few of mine.